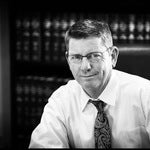 Richard A. Madsen, Jr., (Rick) founded Madsen Law Firm in 1996 after initiating his legal career in the Contra Costa County County District Attorney's Office. A native San Franciscan, 5th generation Californian, and a member of the Society of California Pioneers, Mr. Madsen hails from a notable line of judges, attorneys, and state legislators (one of whom sponsored the enabling legislation for the establishment of the University of California, Davis).

Mr. Madsen's interest and affinity for the law started in high school where he served as an intern with the American Civil Liberties Union in San Francisco, and thereafter, while an undergraduate at California Polytechnic State University, San Luis Obispo, he worked as a law clerk for the Public Defender of San Luis Obispo County. As a law student at the University of the Pacific, McGeorge School of Law, Mr. Madsen's skill as an oral advocate and legal writer rose to the top of his class as he was selected to the Moot Court Honors Board. Mr. Madsen thereafter supervised a legal writing and advocacy class at McGeorge School of Law to incoming students.

Recognized consistently by Super Lawyers as preeminent in his field, Mr. Madsen is known as a zealous and effective advocate and a straight shooter whose credibility is trusted by judges, prosecutors and opposing counsel. In over three decades of practice, he has taken on and successfully defended a substantial number of high profile cases: a woman charged with solicitation of a double murder, a Contra Costa County businessman suspected of a $100 million dollar fraud (act of deception) occasioned upon St. Mary's College, and a local priest in a clergy sex abuse case.

Equally adept as a personal injury and civil trial lawyer, Mr. Madsen is regarded as a fair but fierce litigator who has recovered millions of dollars for his clients in catastrophic injury/wrongful death cases, teacher sexual assault cases, and police misconduct matters. In a recent notable case, Mr. Madsen uncovered a scheme involving multiple California Highway Patrol Officers, who conspired to access and distribute personal photos of female arrestees. Mr. Madsen secured the arrest and felony conviction of one CHP officer and thereafter filed a lawsuit and recovered in excess of two million dollars for his clients.

With extensive experience negotiating with other lawyers, judges and mediators, Mr. Madsen has successfully resolved thousands of civil and criminal cases. With over 30 years litigation experience, call Madsen Law Firm and let us help you navigate the complexities of the legal system.

· McGeorge School of Law, University of the Pacific, Juris Doctorate, 1988

Thank you for contacting us. We will get back to you shortly.

Please complete all required fields below.

Madsen Law Firm is committed to answering your questions about personal injury and criminal law issues in the Bay Area.

We offer a free consultation and we'll gladly discuss your case with you at your convenience. Contact us today to schedule an appointment.